Who has created the blocks? Carley and Monique 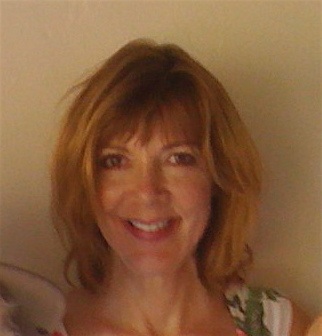 Cynthia Carley is an expert pattern maker, product developer, sourcing and industry consultant. She helps new and mid sized companies with product development and provides referrals and resources. She consults with the business planning students at the Renaissance Center and gives them a realistic point of view for the future of their company.

Her career path started at age 7 making clothes on her mothers sewing machine for her Midge and Ken dolls. She loved creating and wearing clothes so she moved to Los Angeles to pursue modeling. One of her first jobs was as a live model for the fashion illustration students at Otis Parsons. She decided she would rather be one to the students. She became a student there and completed the program in 1987. Pattern making was pursued as the career path. Early on in her career she worked for Patagonia and other outerwear companies. As a free lance pattern maker the categories became broad and included Men's Women's and Children's.

Monique Fletcher was an expert pattern maker, designer and all around industry professional. Sadly, we lost her last year due to an illness that took her life. She was part creator and inventor of this company. We miss her effervescent personality everyday.

Here's more about her background.....

She  was popular with new companies and educated and inspired them on a realistic path into the industry. Her method was to tell it straight. Some appreciated that and others knew the path they were embarking and had serious considerations to make in order to continue in the business.

At age 9, while living in New Zealand, she began sewing. Later she chose Fashion Design as her career path and was educated in Joburg, South Africa. Moving to California, she worked for companies in the San Francisco and Los Angeles metro areas. One of her most interesting assignments was working with a Native American on a Montana reservation. Creating Outerwear for fashion or function is her strength and passion. With her own line of contemporary jackets, she's known as the "jacket girl". While working for many companies as a free lance pattern maker, she's learned the skills necessary to develop many categories of apparel and accessories.

Carley and Monique started this company to fill a need. Making blocks has been essential step in establishing fit for each line of apparel. It is their intention that by providing blocks from which to create your style, you will save time and money in the development process.